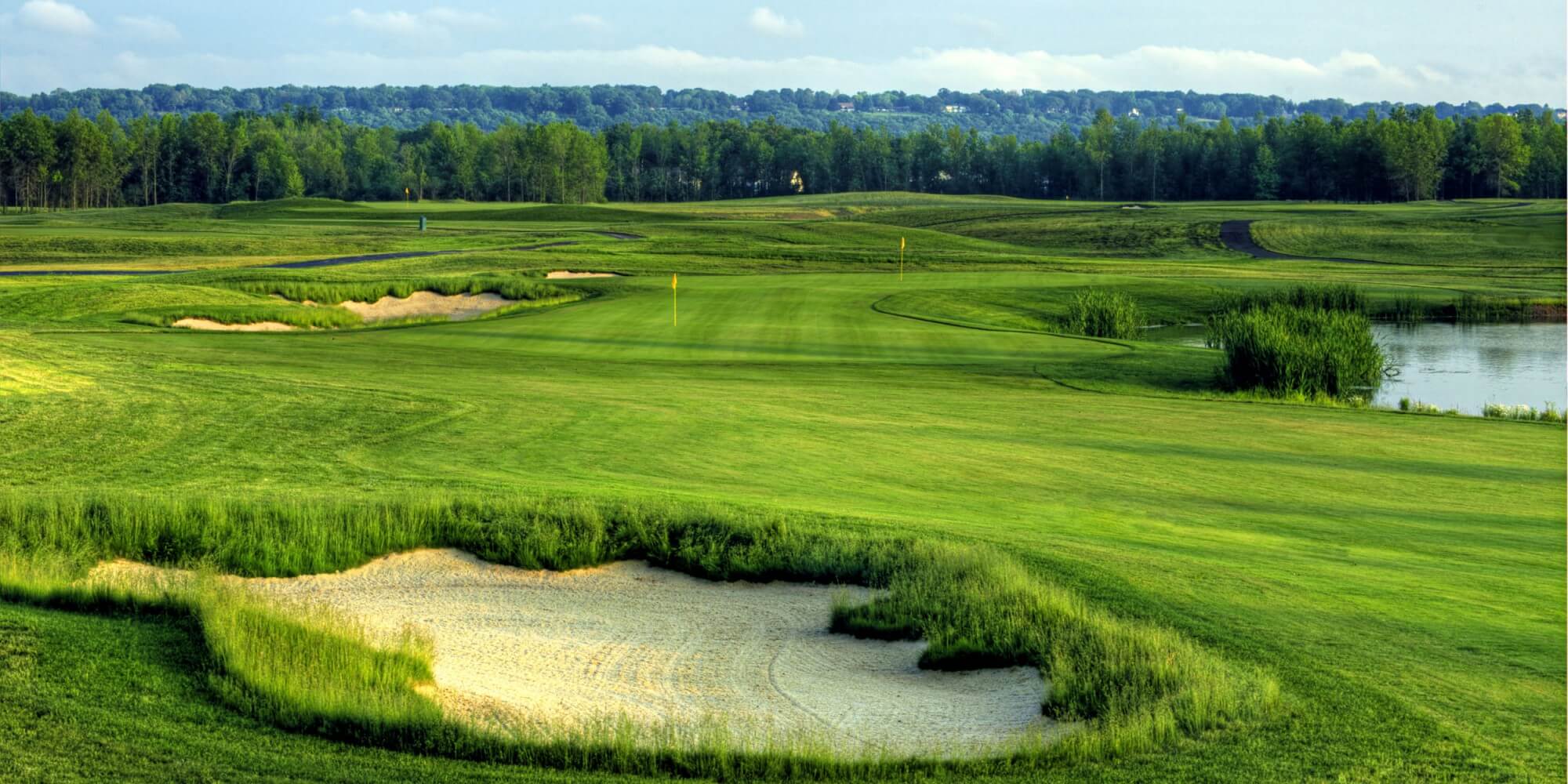 This Robert Trent Jones II design, with five sets of tees, opened in 2010. Named for the rare and protected Shellbark Hickory trees on site, Seneca Hickory Stick is a picturesque layout highlighted by tranquil lakes and ponds, native plants, and grasses surrounded by large, mature trees. It weaves its way through some of the most picturesque topography in western New York, including five lakes. Take advantage of the many club facilities, including free use of the driving range, a vast practice green, and grass and sand chipping areas near the green.