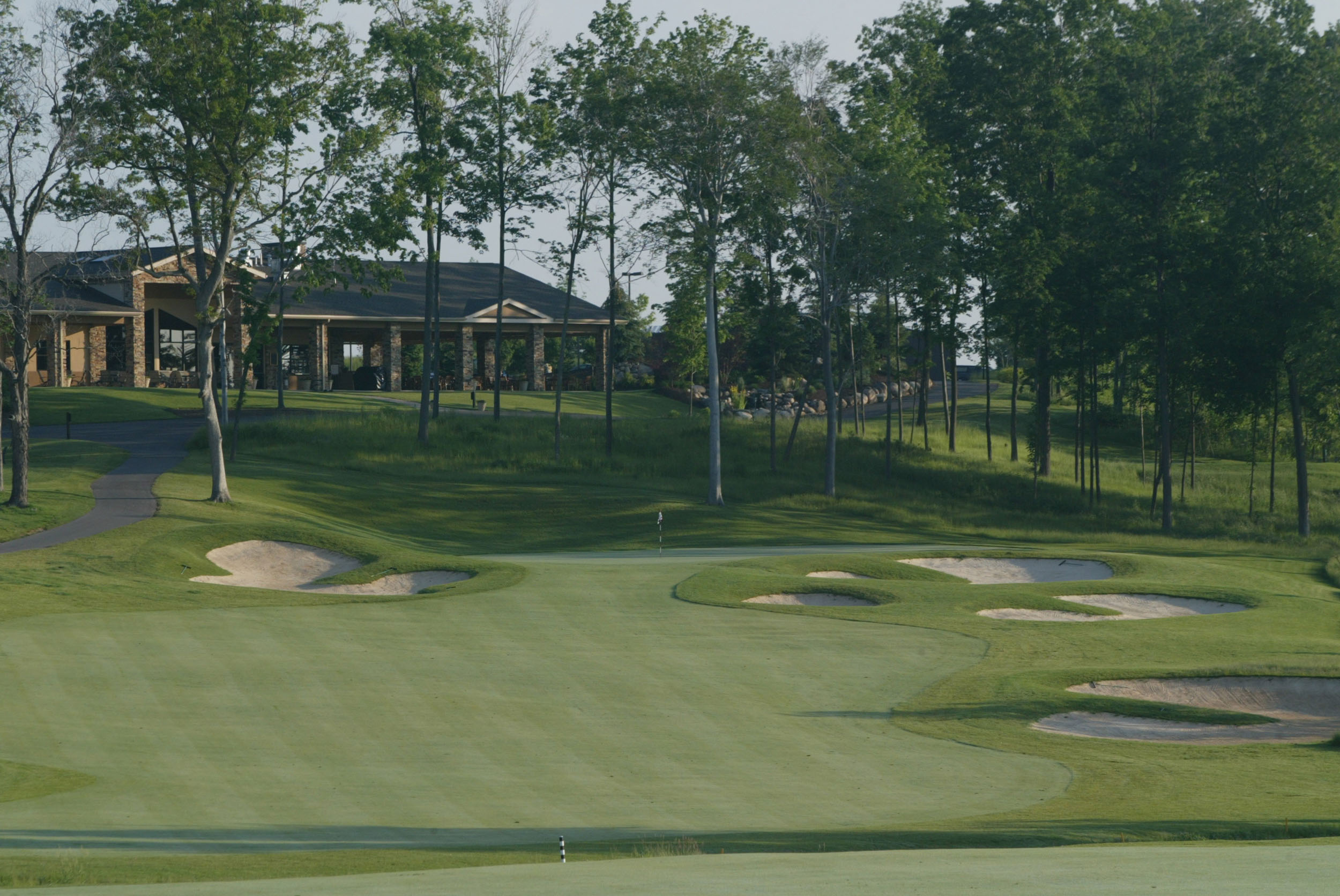 Ravenwood Golf Club is one of the Rochester region’s premier championship courses. When opened in 2003, it was named America’s “5th Best New Public Upscale Course” by Golf Digest.

Architect Robin Nelson is renowned for his lush Hawaiian layouts but added this New York gem to his many masterpieces in 2002. The course has a gently undulating terrain and holes that flow seamlessly from one to the next. Standout holes include the beautifully bunkered par-5 18th and the par 3’s on the back nine strategically guarded by water.